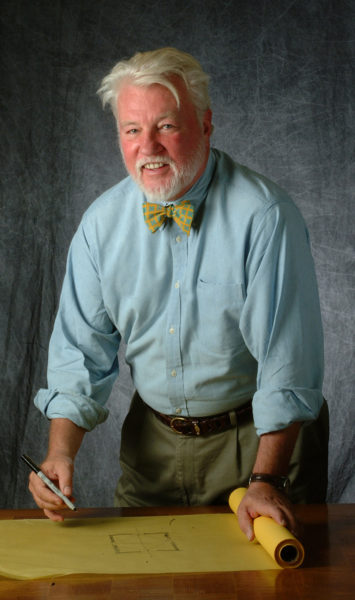 Baltimore, MD (July 12, 2017) – After more than 40-years of practice as a professional architect, Frank Gant, AIA Emeritus, passed on Friday, July 7, 2017, at the home of his daughter in Tolland, Connecticut.
Frank started his career with the architectural firm of Rogers, Taliaferro, and Lamb of Annapolis (later known as RTKL) in 1961 after receiving an honorable discharge from the U.S. Marine Corps.  Early in his career, Frank made a tremendous contribution to his hometown of Baltimore when he helped to establish the Neighborhood Design Center, an organization of volunteers who work to provide design services to underserved communities in the area.
Frank earned his architectural license in 1973 and started his own studio in Severna Park the next year.  He moved the firm to Baltimore in 1988 and gained immediate recognition for his creative design solutions involving major renovation projects that transformed historic buildings for new types of uses while retaining the historic character.   Frank merged his firm with John Brunnett’s firm in 1998 to establish Gant Brunnett, Architects at 15 West Mulberry Street in the Cathedral Hill historic district of Baltimore City.
Frank’s design vision has always been rooted in the commitment to create a “timeless” architectural solution for every project; an approach that is embodied in his major works including the “Sailboat Bank” of Annapolis, the Pascal Senior Center in Glen Burnie, the Humanities Building at Loyola University, and the Hayfields Country Club in Hunt Valley.
Through the multitude of spaces Frank Gant has created over the course of his career, his contributions to the architecture of Baltimore will continue to inspire, influence, and impress those who interact with his designed environments for many years to come.
Release courtesy Gant Brunnett, Architects 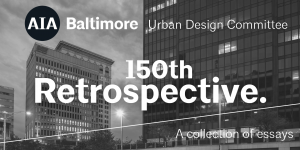