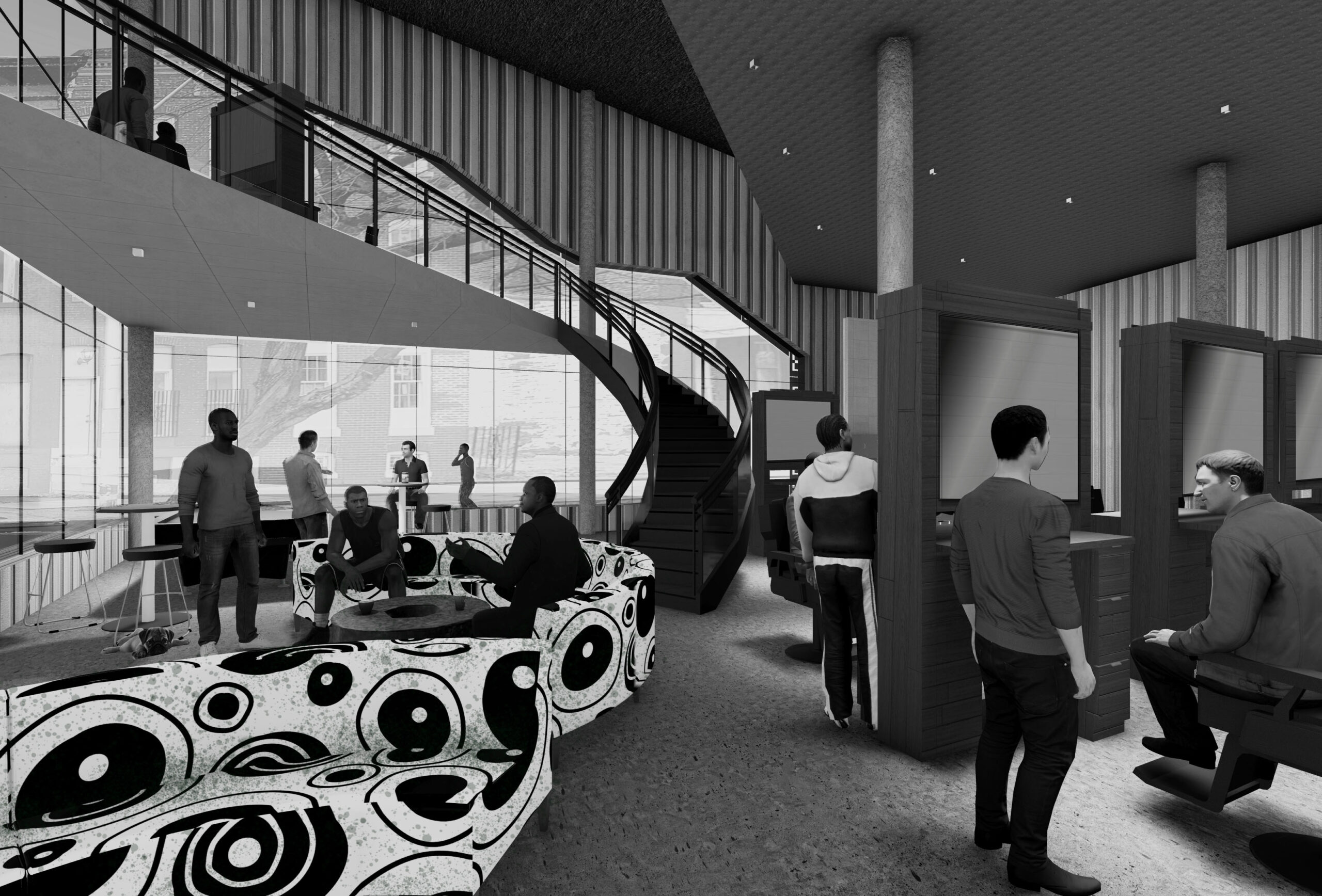 The relationship between law enforcement and disadvantaged minority communities in the United States has always been complex and contentious. This complexity stems from a long history of police enforcement practices directed disproportionately towards African Americans.

Police discrimination against Black men in the realm of the built environment comes in the form of spatial restrictions: from enslavement to being limited to freely and safely move across, occupy, own, and belong to a space.

Through the power of inclusive and relevant design in the form of a safe community space that connects outdoors and indoors, including a barber shop and a diner as part of a youth skills development program, the Baltimore Traction project aims to facilitate informal interaction and dialogue between these young men and law enforcement in West Baltimore.

Image 1: Contextual floorplan for the project 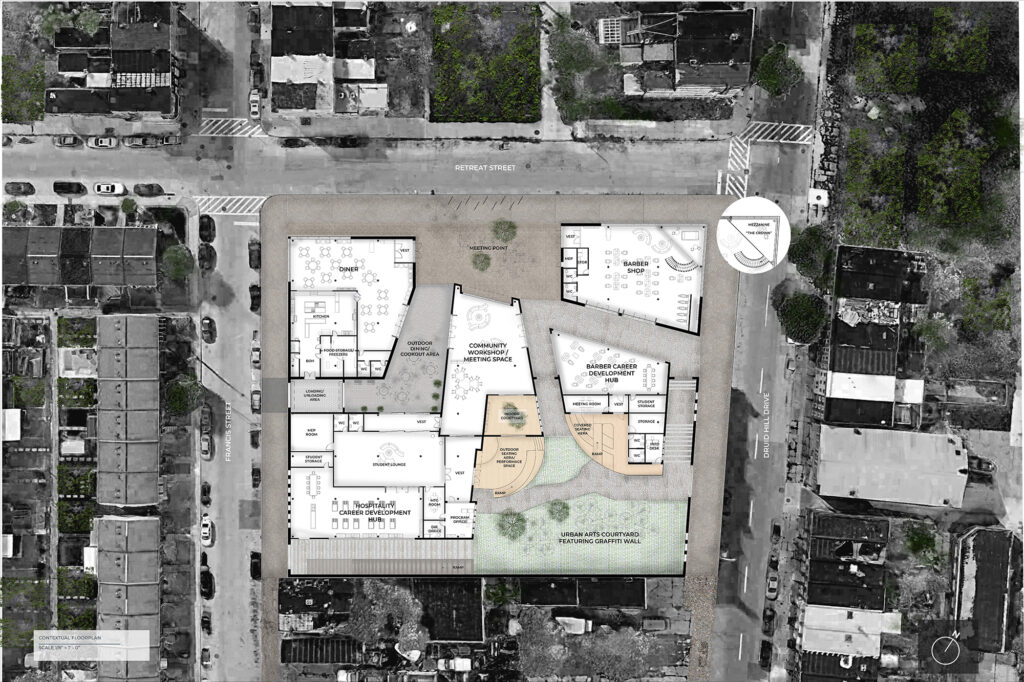 Image 2: East elevation incorporating the façade of existing building once occupied by the Baltimore Traction Company 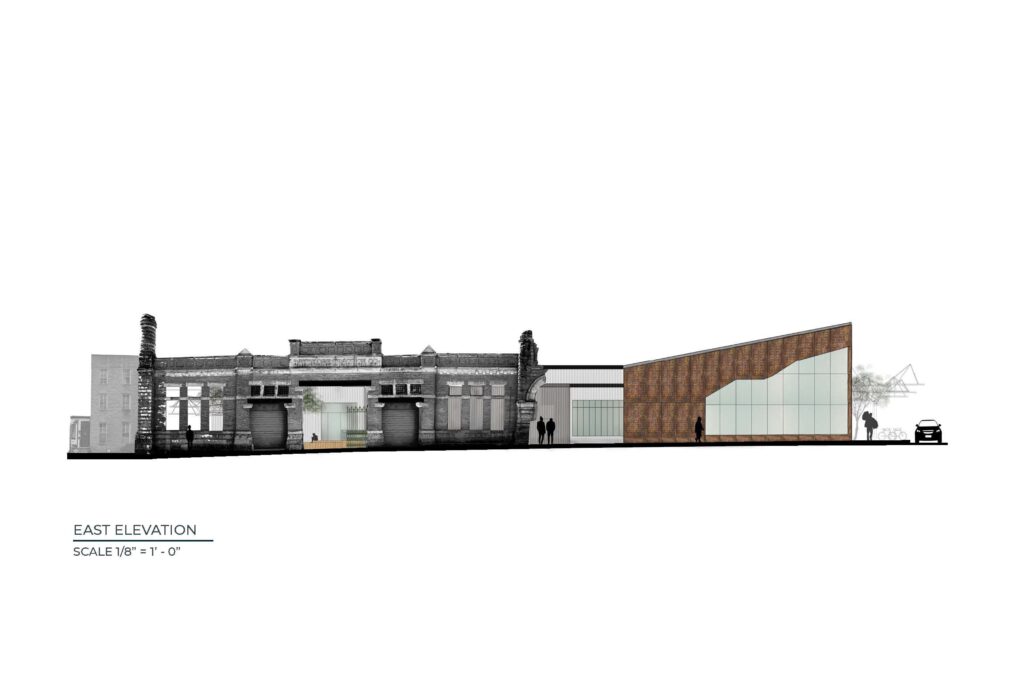 Image 3: North elevation against the backdrop of the City of Baltimore 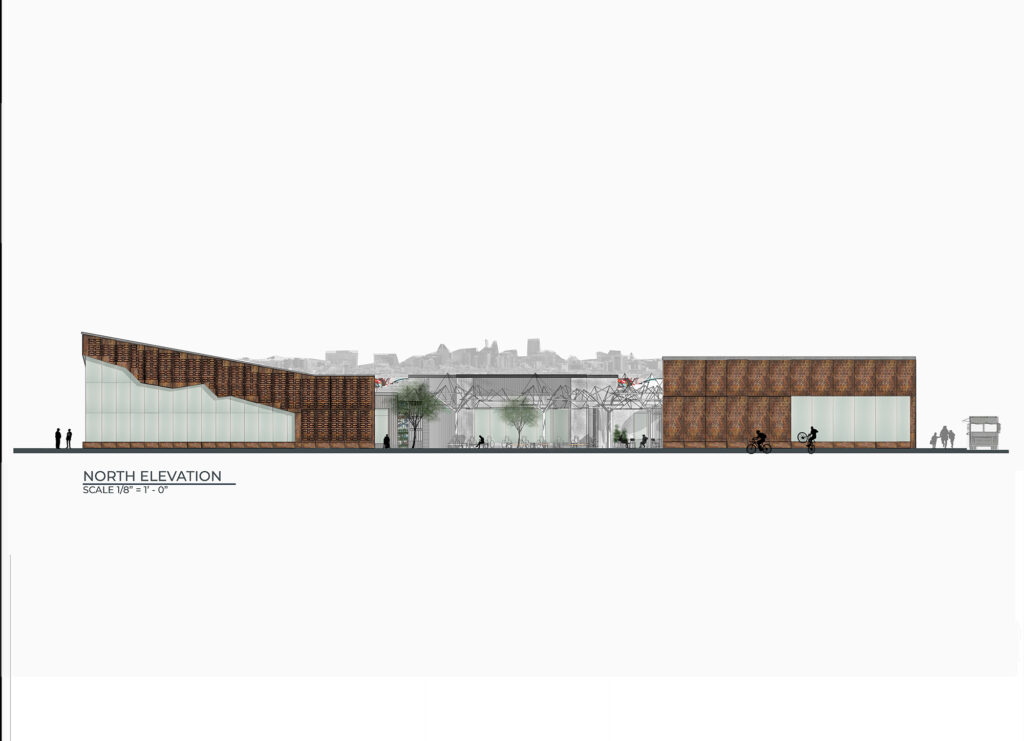 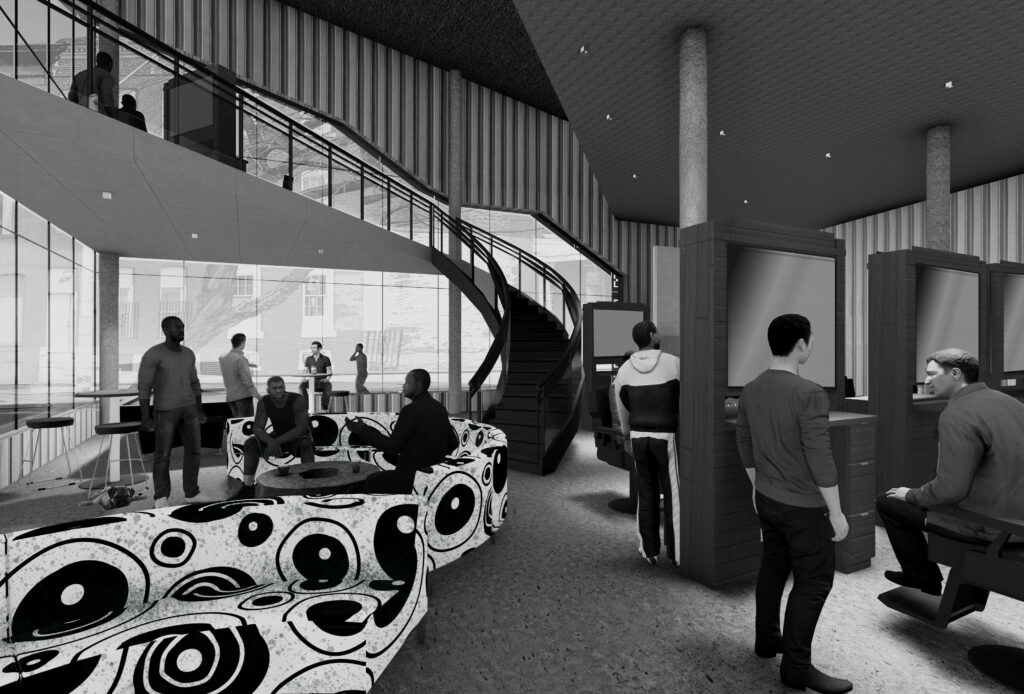 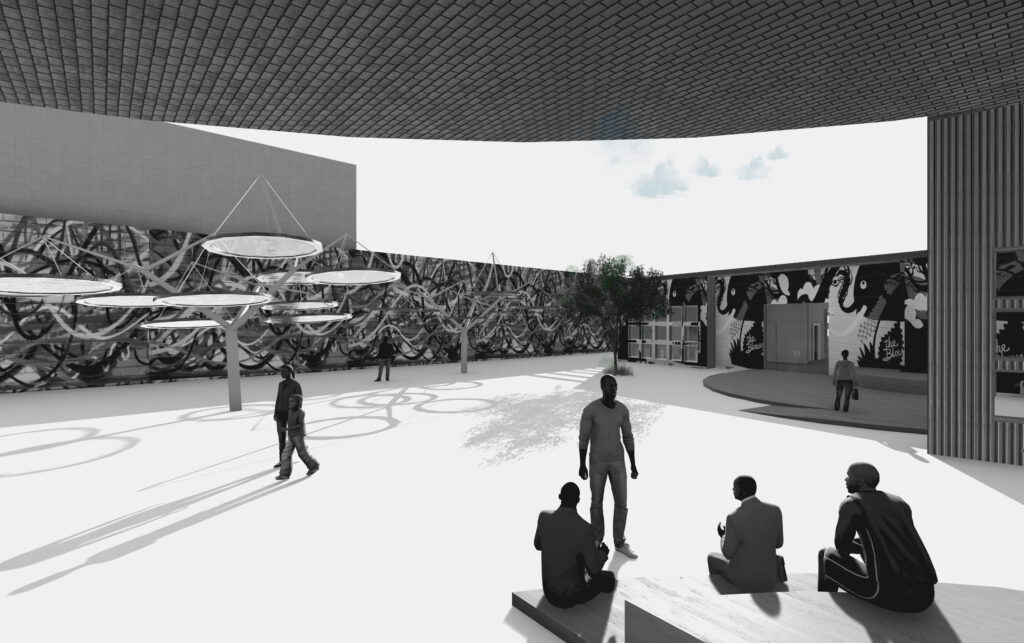 The instructor for the terminal project studio (ARCH.772 Architectural Design Six) was Ruth Connell A.I.A., Associate Professor. For information about this course or the project, please contact Ruth at ruth.connell@morgan.edu.