CHARLSTON BRITTON, Assoc. AIA, NOMA
Prior to joining BCT Design Group, Charlston acted as a project coordinator for Picardie Timber Frame + Millwork in New Orleans for two years following his graduation from the LSU School of Architecture in 2017. His work there primarily focused on historic preservation and adaptive reuse projects while simultaneously developing experience in utilizing digital fabrication techniques and processes.

As a student at LSU, Charlston received the Tracy Cooper Leadership Award, for demonstrating leadership potential within the community and the Norman L. Koonce FAIA Scholarship. During his third-year he was named a 2015 LSU Ronald E. McNair Research Scholar and conducted design research on urban resilience the following summer under the guidance of Shelby Doyle. Charlston also served as the student representative for the LSU School of Architecture Director Search Committee.

After deciding to relocate to Baltimore in 2019, AIA Baltimore became an integral part in his initial introduction to the architectural community within the city. Charlston immediately became an active participant in the EP Committee and was willing to step into a leadership role when the opportunity presented itself. He hopes to provide the same energy that was provided to him early on  by AIA Baltimore and to help the greater EP community in any capacity. 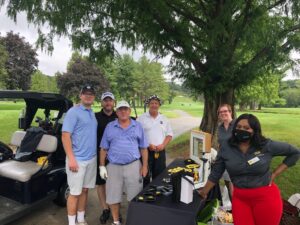