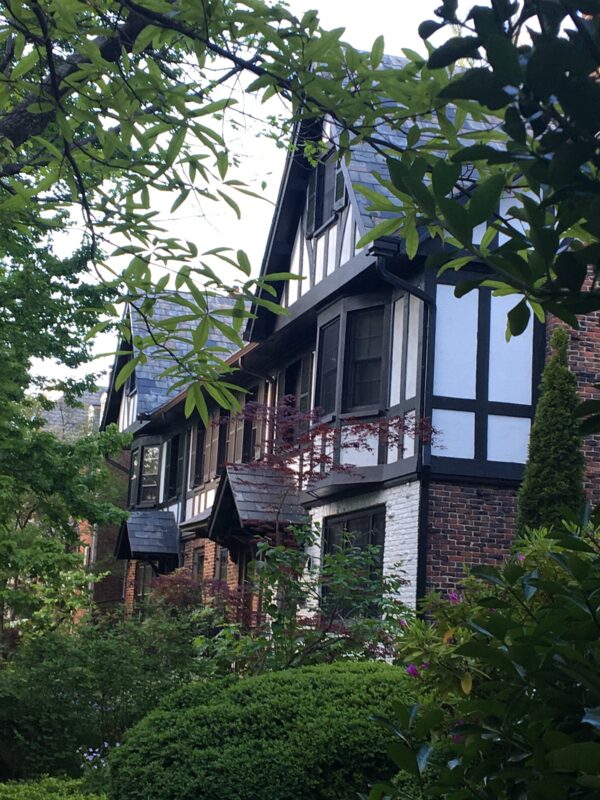 The Baltimore Architecture Foundation (BAF) and Baltimore Heritage present a series of 30 minute live virtual tours and presentations focusing on Baltimore architecture, preservation and history. Next up is Charles Duff who will be speaking about the influence of the Garden City Movement on Baltimore.

Tickets are donation based. We encourage you to give what you can to support the BAF and Baltimore Heritage. Your support helps us make up for lost tour and program revenue from COVID-19 and create more virtual programs like this.

The Garden City Movement, devised by an odd London genius named Ebenezer Howard, has shaped most British development, and the best British development, for more than a century. Baltimore has more good examples of Garden City design and development than any American city. Join Charlie Duff to explore the English movement and the wonderful places where Baltimore architects and developers learned what the Garden City movement had to teach. Charlie has been exploring Anglo-American connections for a decade as he worked on his book The North Atlantic Cities, and he is delighted to know where Baltimoreans got the ideas for some of his, and our, favorite places.

Charles Duff is a planner, teacher, developer, and historian. Since 1987, Mr. Duff has been President of Jubilee Baltimore, a non-profit group that has built or rebuilt more than 300 buildings in historic Baltimore neighborhoods and is leading the development of the Station North Arts District. He has been President of the Baltimore Architecture Foundation and Chairman of the Board of the Patterson Park Community Development Corporation. A graduate of Amherst College and Harvard University, he lectures widely and has taught at Johns Hopkins and Morgan State. He co-wrote Then and Now: Baltimore Architecture in 2005 and contributed to The Architecture of Baltimore. His book The North Atlantic Cities has just been published.

Through its tours, lectures, educational programs for adults and kids, exhibitions, research, and publications, the BAF demonstrates how ideas are manifested in the built environment and urban design of the city.

Founded in 1960, Baltimore Heritage, Inc. is Baltimore’s nonprofit historic and architectural preservation organization. With a small staff, 33 volunteer board members, and a host of volunteers, we work to preserve and promote Baltimore’s historic buildings and neighborhoods