Early Women of Architecture in Maryland

In Maryland, women have been professionally practicing architecture for nearly a century, yet the stories of the trailblazers have gone mostly untold. The Baltimore Architecture Foundation is proud to share the stories of the extraordinary women who contributed to architecture from the 1920s to the 1970s. They practiced through the lean years of the World Wars and the Great Depression, designing buildings in Maryland and across the country.

All the women included in this research were registered architects except Hildreth Meière, a muralist and architectural decorator. Most lived at some point in either Maryland or Washington DC.  Because research focuses primarily on contributions to this region, timelines often do not list the many commissions in other parts of the country.

BAF is indebted to the AIA Baltimore Women in Architecture Committee (now Equity Committee) and students from Morgan State University for their research. Special thanks to Morgan students Thania Villalobos, Douglas Butari, and their Faculty advisor Professor Dale Green, who took on the challenge of an independent research project to kick off our initiative. We are also grateful to the many family members and colleagues who helped bring to life these women and the times they lived in through their personal recollections and photographic documentation. 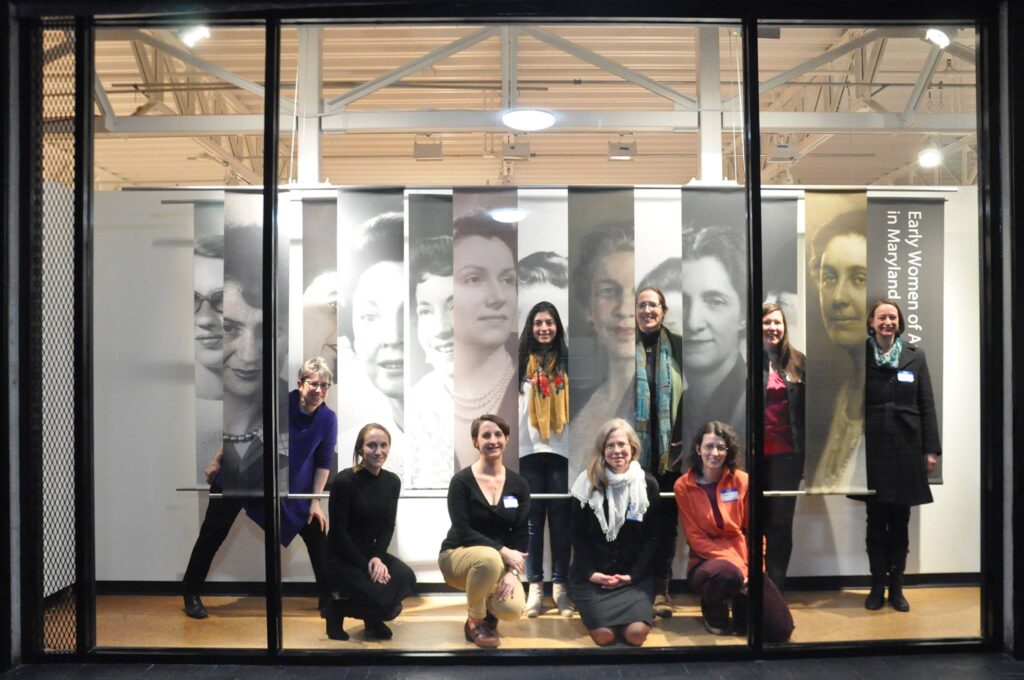 A traveling exhibition went across Maryland, and to the AIA National Convention in New York City. The exhibition would not have been possible without the generous support of the Maryland Humanities Council and our numerous financial sponsors. A special thank you to Maryland Reproduction Specialties, Inc. who donated printing services for the exhibition.  Our team could not have been a success without the support of volunteers, staff and supporters, and the vision and determination of  Jillian Storms, AIA, and exhibition designer, Sadie Dempsey, Assoc. AIA.

Joining the American Institute of Architects 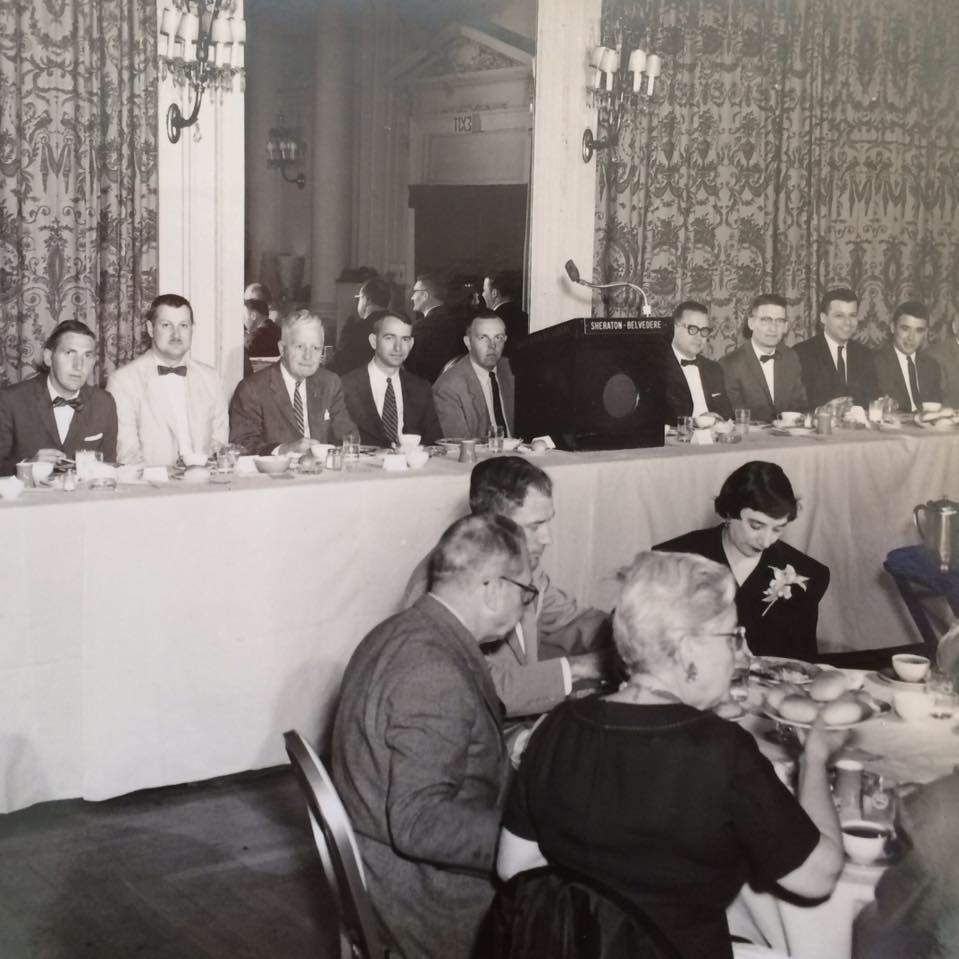 Helen Staley at an AIA luncheon at the Belvedere Hotel c.1961. She was the first woman AIA Baltimore member.

The American Institute of Architects was formed in in 1857 by a group of thirteen architects to promote the scientific and practical perfection of its members” and “elevate the standing of the profession. The formation of AIA helped to establish architecture as a profession requiring qualifications and training—prior to its founding, anyone could claim to be an architect, as there were no schools of architecture or architectural licensing laws in the United States.

In 1881, Jennie Louise Blanchard (1856-1913) opened her architectural office in Buffalo, New York, an unprecedented achievement for a woman during that time. In 1888, Blanchard became the first woman to be accepted into the American Institute of Architects. A year later, she was the first woman to be made a Fellow of the AIA, the highest level of membership in the association.

AIA Baltimore was founded in 1871, but it was not until 1955 that the first woman joined: Helen Staley. After World War II, and led by initiatives at the National AIA level, AIA Baltimore lifted its membership restrictions and opened to women.

Two other architects featured in the exhibition have the distinct honor of being elevated to AIA College of Fellows: Chloethiel Woodard Smith, FAIA, in 1960, and Victorine Du Pont Homsey, FAIA, in 1967.

Ida Webster and Shirley Kennard graduated from MIT and Cornell University respectively, two of the first architecture programs in the country to accept women.

Three of the women: Rose Greely, Gertrude Sawyer and Victorine Du Pont Homsey, graduated from the Cambridge School of Architecture and Landscape Architecture in 1920, 1922, and 1925, respectively. The school started in 1915 in the office of Harvard professor Henry Atherton Frost to provide instruction to women, as Harvard only allowed men at the time. In 1934, the school became affiliated with Smith College, but by 1942, Smith College abruptly closed the school following the invasion of Pearl Harbor. Harvard’s enrollment dropped noticeably as their male students rushed to enlist in the war effort, and the administration agreed to admit women to the Graduate School of Design for the duration of World War II. During its brief existence, the Cambridge School taught nearly 500 women at both the undergraduate and graduate level and was known for its excellent education and quality of its graduates. 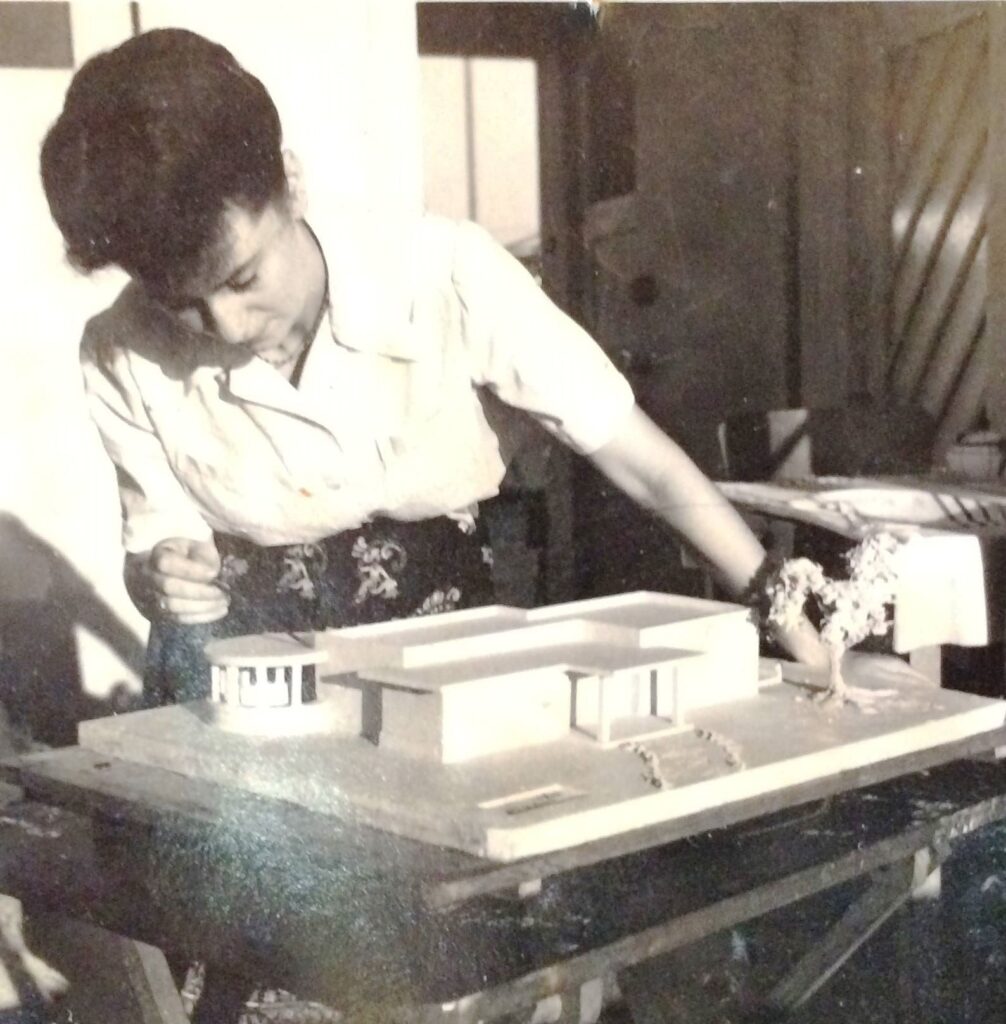 It is interesting to note that three of the women included in this research worked for the same architect: Horace Peaslee of Washington DC, who appeared to be another mentor, much like Henry Atherton Frost. Frost majored in architecture and minored in landscape architecture at Cornell University, and likely found Rose Greely’s and Gertrude Sawyer’s training at the Cambridge school refreshing. Shirley Kennard, who he employed right after her graduation from Cornell, shared that he just appreciated working with women.

Most of the women included in this research worked to establish their own practice, solo or with partners. One exception was Mary Jack Craigo, who worked in the National Institute of Health’s Architectural Engineering Design Branch. The fact that these women had their own firms was key to uncovering their works. Many women who worked at design firms do not have their names associated with their projects and their legacies are lost. Women still face many obstacles in the architecture profession.